Yesterday marked the 19th Anniversary of Tupac’s tragic passing, and due to his undeniable impact on rap Kendrick Lamar penned an open letter to his hero thanking him for being an inspiration. It’s no secret that King Kendrick is a big fan of Tupac Shakur and that he drew a lot of influence from the late hip hop legend. Fun fact: Kendrick‘s latest album To Pimp A Butterfly was originally going to be called Tu Pimp A Caterpillar the abbreviation of which (Tu.P.A.C.) was another nod to Lamar‘s earliest inspiration. Check out the touching letter below. 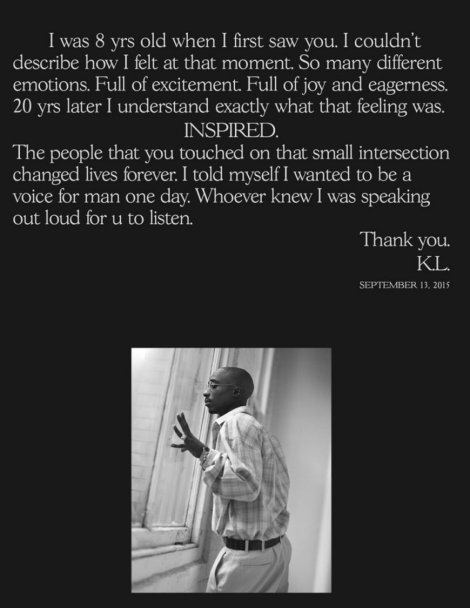