Earlier today the legendary Erykah Badu released her highly anticipated mixtape But U Caint Use My Phone. Consisting of 11 tracks which focus on telephones and our reliance to stay inter-connected, the project finds Erykah Badu experimenting with a Trap & B sound and we’re not mad about that. Standout tracks from the album include Ms. Badu’s brilliant cover of Drake’s Hotline Bling titled Cel U Lar Device, Phone Down & Hello which features legendary emcee Andre 3000. Stream the album via DatPiff. 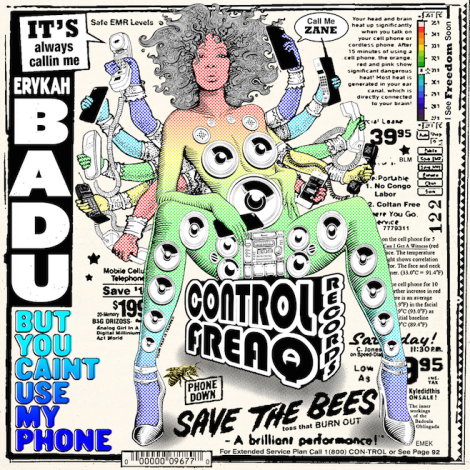